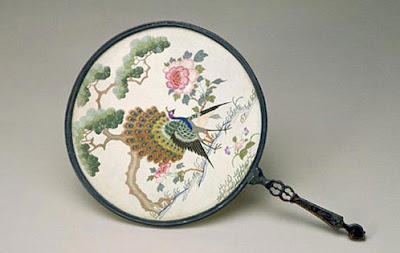 Song brocade, generally referred to as Suzhou Song Brocade, is that made in the famous brocade and satin producing city of Suzhou since the Song Dynasty (960-1279). Song Brocade is distinct for its bright colors, intricate patterns and strong but soft texture.Suzhou Song Brocade with its magnificent color, delicate patterns and softness, Nanjing Yun Brocade, Sichuan Shu Brocade and Guangxi Zhuang brocade are honored as the most famous brocades in China .