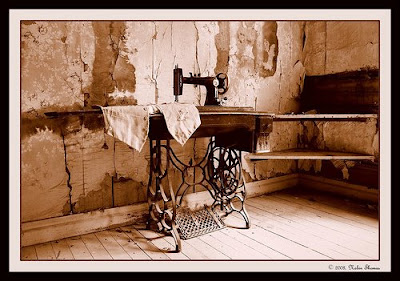 An old Sewing Machine found in the historic Ghost Town of Garnet, Montana 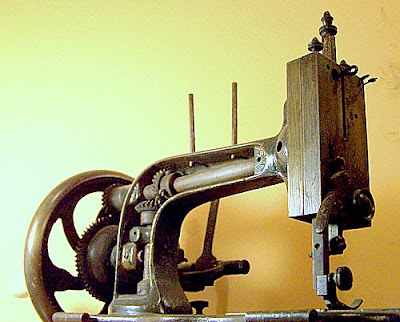 Hand sewing is an art form that is over 20,000 years old. The first sewing needles were made of bones or animal horns and the first thread was made of animal sinew. Iron needles were invented in the 14th century. The first eyed needles appeared in the 15th century.
The first possible patent connected to mechanical sewing was a 1755 British patent issued to German, Charles Weisenthal. Weisenthal was issued a patent for a needle that was designed for a machine, however, the patent did not describe the rest of the machine if one existed.
Posted by Sharon at 1:12 AM