Spinning Machine --From Hand to Automatic

Spinning is an ancient textile art in which plant, animal or synthetic fibers are twisted together to form yarn (or thread, rope, or cable). For thousands of years, fiber was spun by hand using simple tools, the spindle and distaff. Only in the High Middle Ages did the spinning wheel increase the output of individual spinners, and mass-production only arose in the 18th century with the beginnings of the Industrial Revolution. 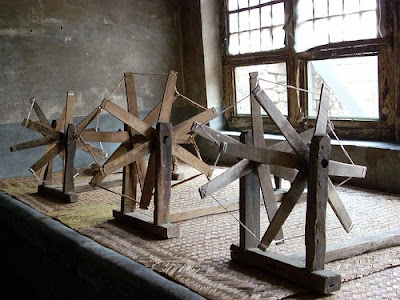 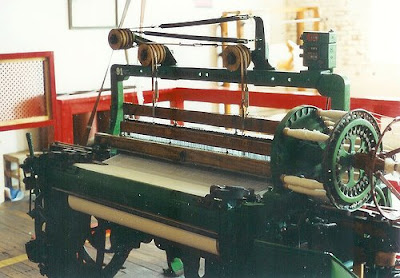 In the textile mills, hundreds of workers would operate machines such as this. The factories were hot, dusty and incredibly noisy. Working on these machines was dangerous 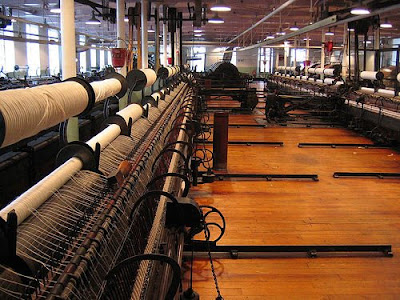 Modern powered spinning, originally done by water or steam power but now done by electricity, is vastly faster than hand-spinning.
Posted by Sharon at 6:06 PM